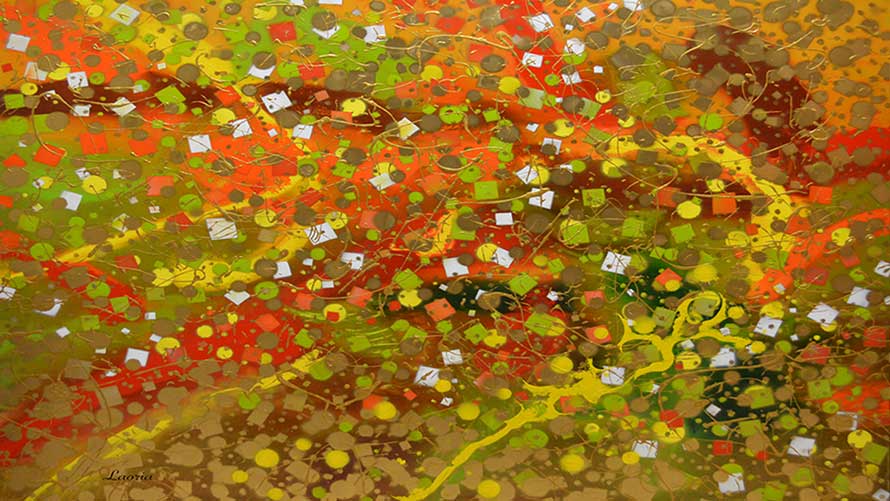 Paul grew up in New York City. Paul’s father, Sam Laoria, was an artist and his only teacher. Paul has been painting since he was three years old. As soon as Paul was old enough to take the subway, he made his way each week to the Metropolitan Museum of Art where he spent many hours with his sketchbook trying to learn the secrets of the old masters. Paul is an an abstract artist with the ability to paint and draw in the classical style. All of his paintings are oil on canvas. Paul paints in layers of color. Each layer that he paints exposes a new dimension creating a three dimensional effect. The shapes that are formed dictate his direction. All of his abstracts contain an element of surprise. Serendipity is part of the plan. Since Paul’s education included both Juilliard and the Eastman School of Music where he studied voice, piano, and composition, several of his paintings include music as the main theme of the work. For example, his paintings entitled “Rhapsody in Red” and “Rainbow Symphony” are his concepts of a symphony on canvas. Many of Paul’s paintings are in some of the most beautiful homes and private collections in the world.