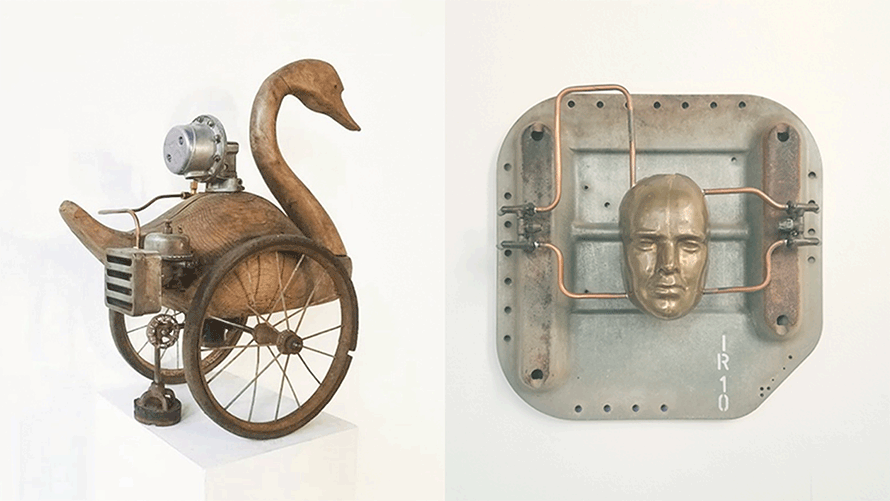 Jay has lived in several places throughout his life but currently he calls SW Florida his home. His passion to work with repurposed parts started at an early age, he used to dismantle clocks and radios when he was barely in elementary school and used to add some of those components to his toys. His passion rode the back seat for a while when he entered his teenage years and drawing fan art became his favorite past time; it was until several years later that he decided to become a full time artist. He is known for creating unusual sculptures and custom light fixtures that he displays at art exhibits and art festivals. He works with architects and designers to creat me his lighting fixtures. His artworks can be found throughout the US and around globe.